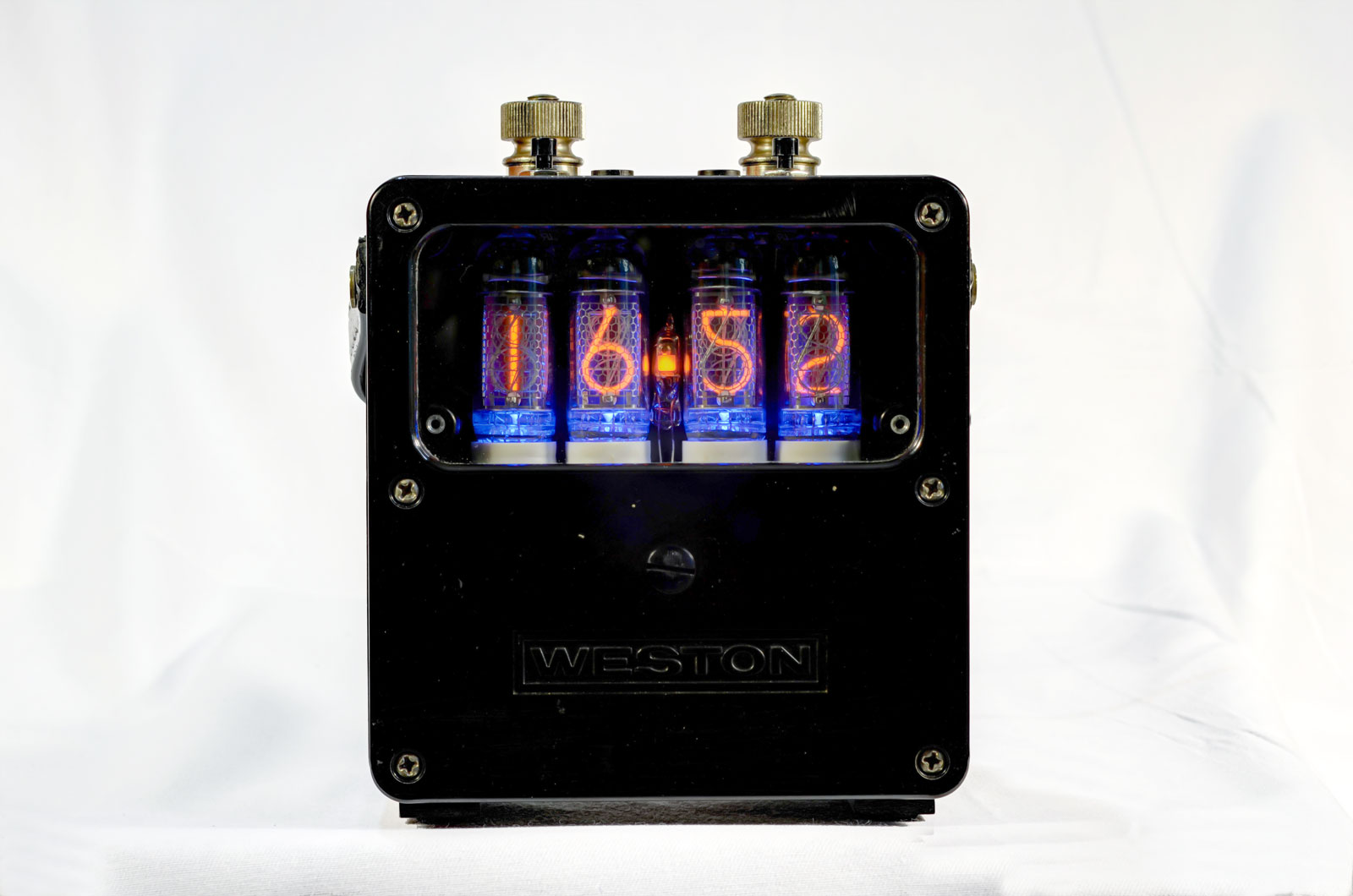 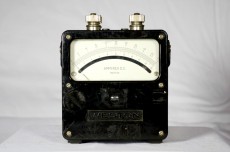 The Weston meter at the start 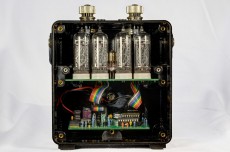 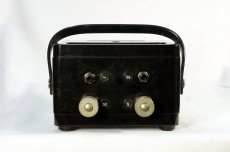 Found this weston multimeter on eBay and thought it has potential to be a nixie clock at some point. After designing the layout for the tube and clock PCB’s (based on the tubehobby schematic for the NCV3.1-16) and getting them made up at a PCB fabrication house in China, i thought a set of IN-14 tubes would work well in this case as a nice small nixie clock.

This one came together really nicely, the tube PCB holding the four IN-14 nixie tubes fitted perfectly and aligned just right with the window on the front panel. The clock PCB is held in place with some hot glue, i had to drill a hole in the back for the DC power jack and i replaced a couple of the top terminals with buttons.