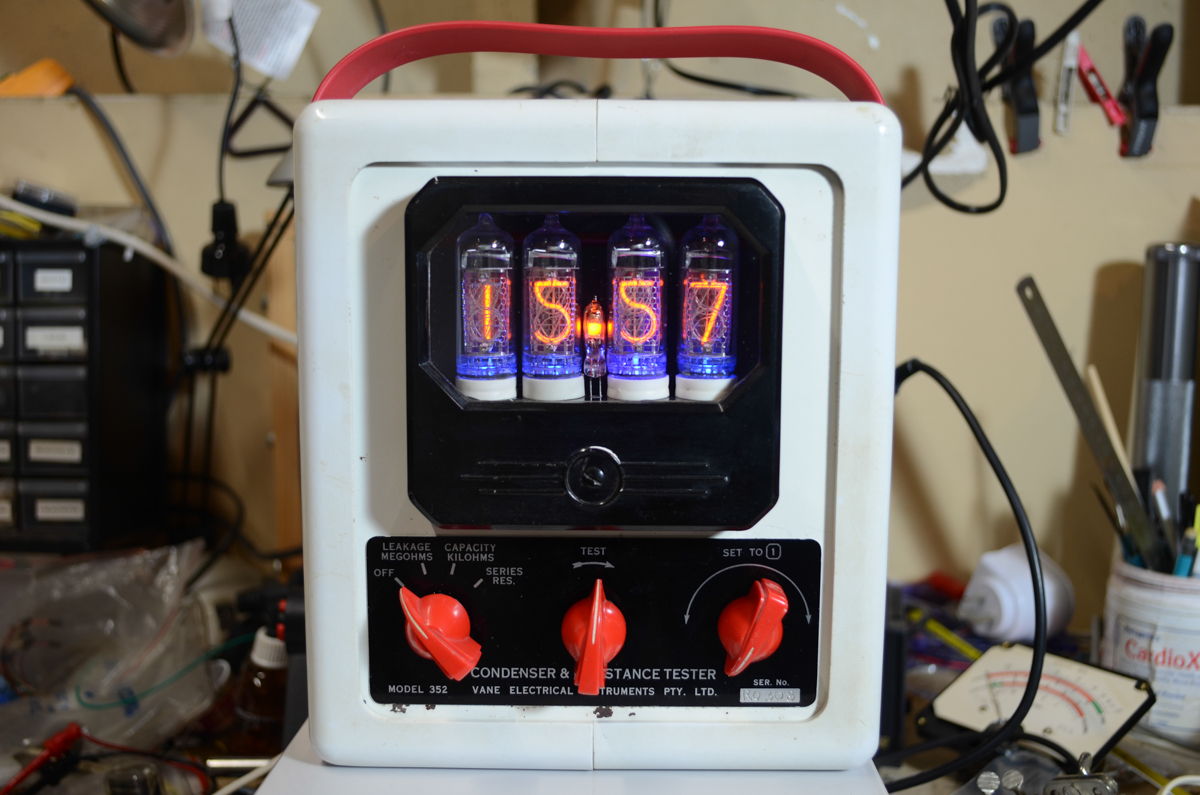 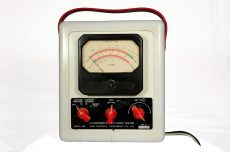 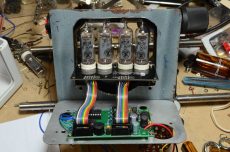 Inside the nixie clock 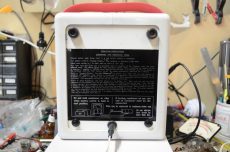 Rear of the nixie clock

I haven’t come across many white multimeter cases before, it’s a different look! Think it still works well as a nixie clock.

Clock and tube PCB’s for the tubehobby microprocessor were used and IN-14 nixie tubes were used for the display. After removing the internals of the meter, the front metal panel needed a bigger opening for where the tubes were to be displayed, so using a combination of the dremel, scroll saw and a nibbler, I finally made a large enough aperture for the tube display.

I popped out a couple of the lower rear feet and drilled holes for the buttons and used the existing centre grommet/hole for the DC jack to receive the power.

This clock was sold at The Boroughs – 345 Lygon Street, Brunswick, Victoria 3057