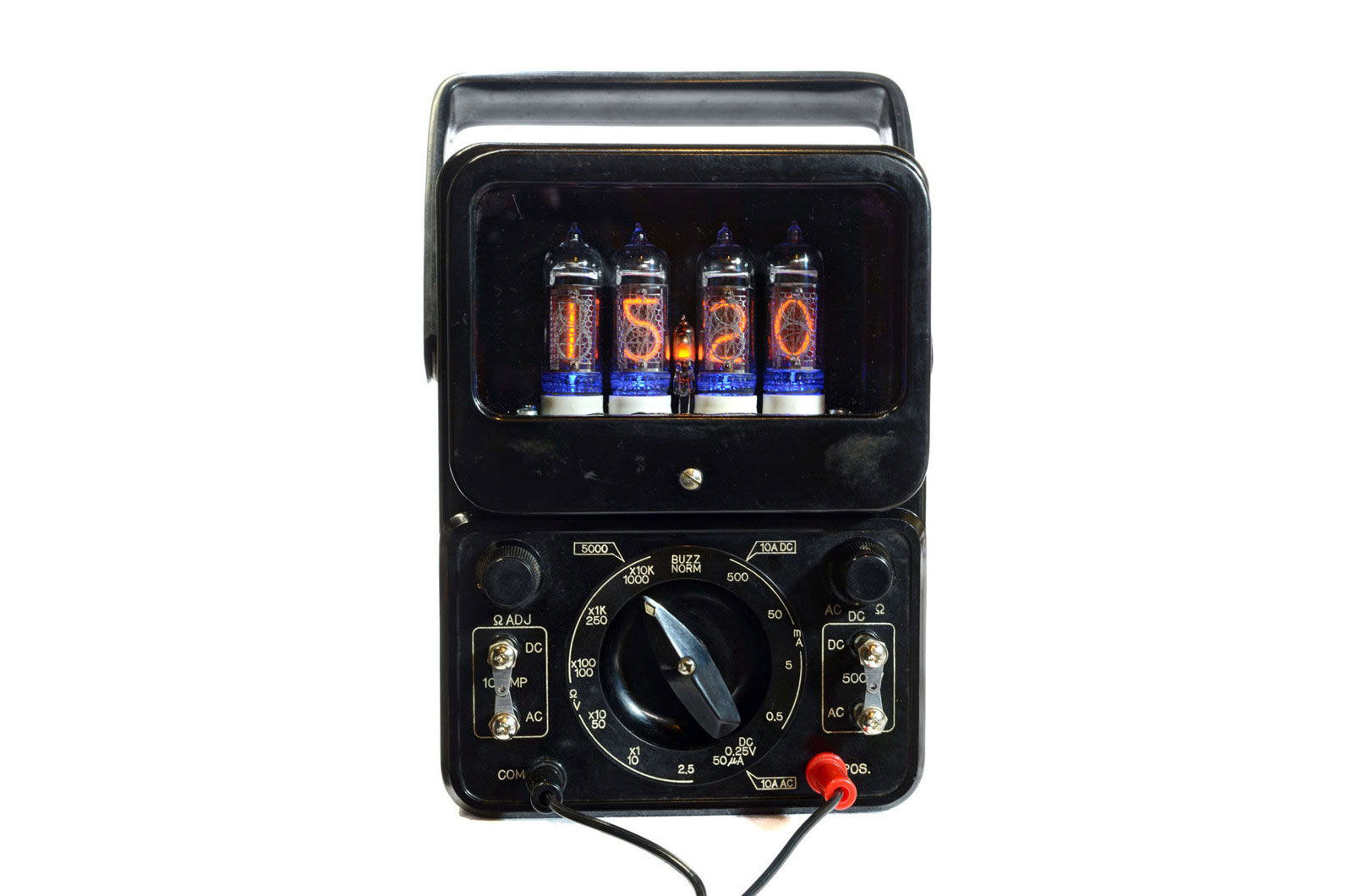 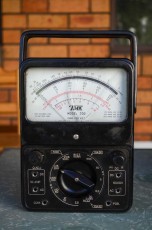 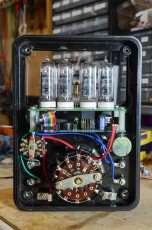 Inside the TMK nixie clock

Another broken meter from ebay, this one had a cracked glass panel, the needle meter movement was buggered and some of the bakelite from a corner of the case has broken off.

This is a similar setup to the weston nixie clock, same clock and tube PCB’s for the tubehobby microprocessor and same IN-14 nixie tubes. The case needed work to create the opening to see the nixie tubes, but generally it came together ok. I decided to use the original banana sockets for the power input and the switches. Red and Black banana plugs for the power input going into the original “COM” and “POS” sockets. I then used low profile metal banana plugs with solder lugs to act as contacts for the switches. I placed the washer above on lug and below on the other to create a gap between them, it small enough that you don’t need that much pressure to make the contact to “activate” the switch.

Since the Ohm/DC/AC selector switch was still working, i decided to use that as an on/off switch. Ohm been off and DC or AC been on.