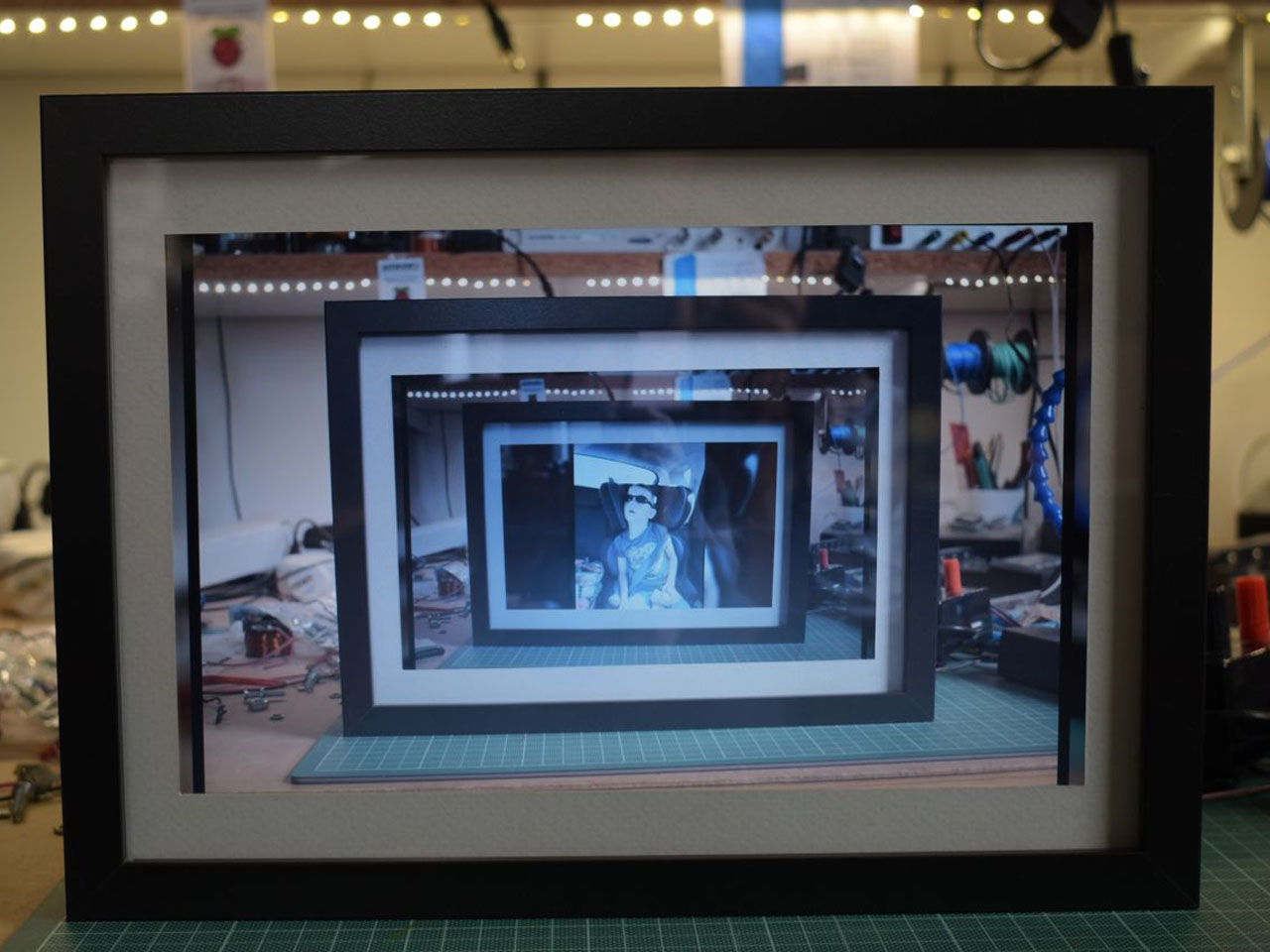 Finished the raspberry pi digital photo frame, which I started over three years ago! When I was first working on it, I was using Flickr to store the photos and using their API to look at a private album, see if there was any new photos and download them to the raspberry pi. The raspberry pi would then display them on the screen and change them every minute. I don’t use Flickr anymore, so started to look around to see if there was a way to do the same thing with Google photos. Well there was and thanks to the excellent work by Henric Andersson (https://github.com/mrworf/photoframe), I was able to set it up without too much hassle! So now when I take a photo and add it to the photoframe album in google photos, it appears on the photoframe very soon after!

The photoframe is made up of an old laptop screen, a LCD display driver, 12VDC to 5VDC converter to power the raspberrypizero.