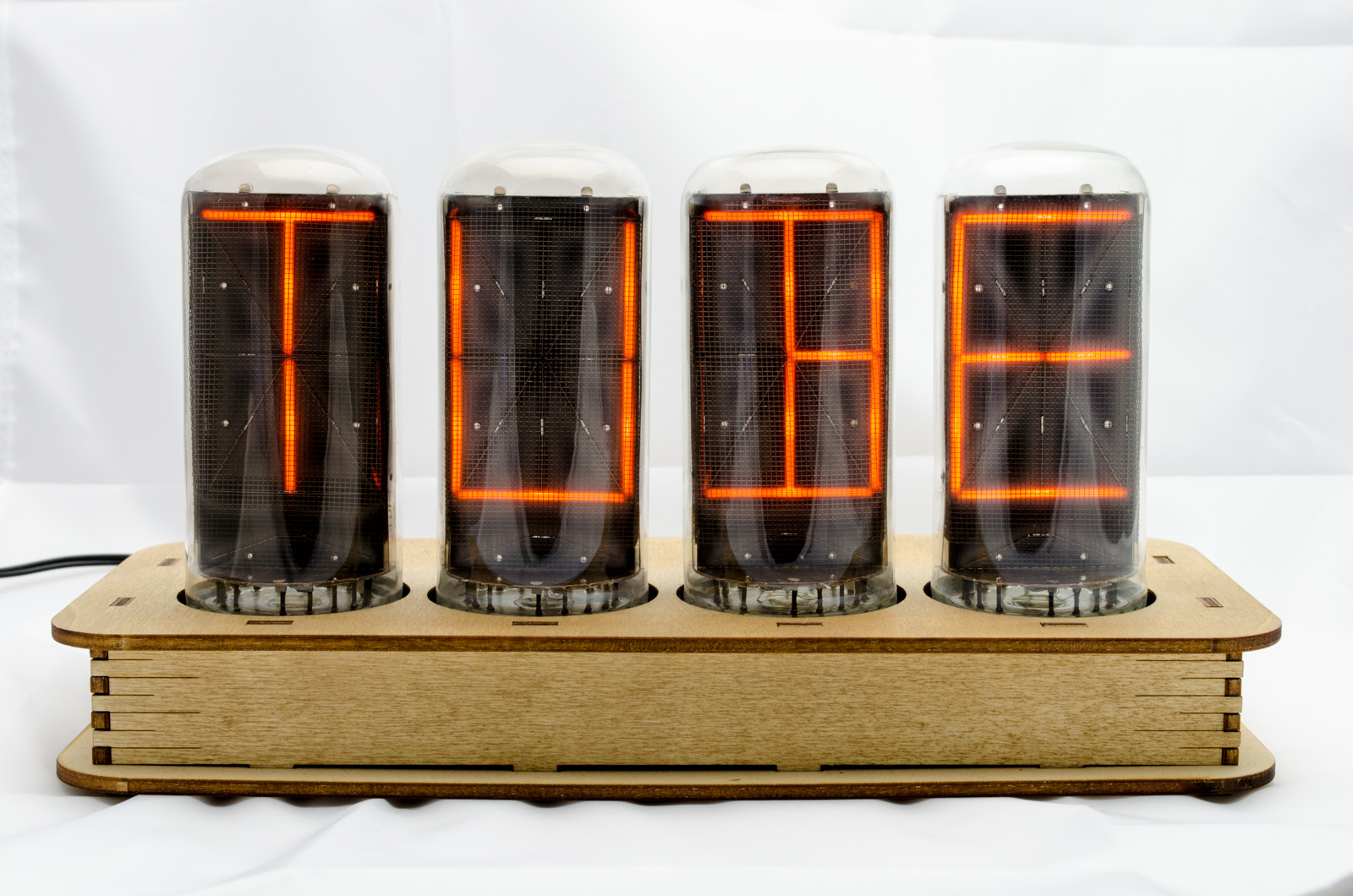 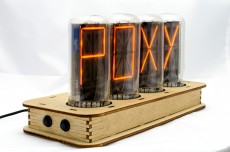 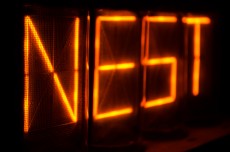 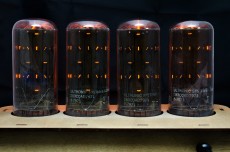 A Four Letter Word device using B-7971 nixie tubes. These devices have a history that goes back to 1973! Since then, they have popped up now and then in various forms using different display tubes.

Each tube is driven by a smartsocket created by Chris Barron and the tubes are driven by a driver created by John Smout @ clock-it.net. Every five seconds, a new word (from a list of about 3,500!) is displayed and the time is shown every minute, when the transition effect is also changed. The case is made from 3mm thick plywood (Eurolite – Italian Poplar), laser cut at etched by Ponoko in New Zealand.