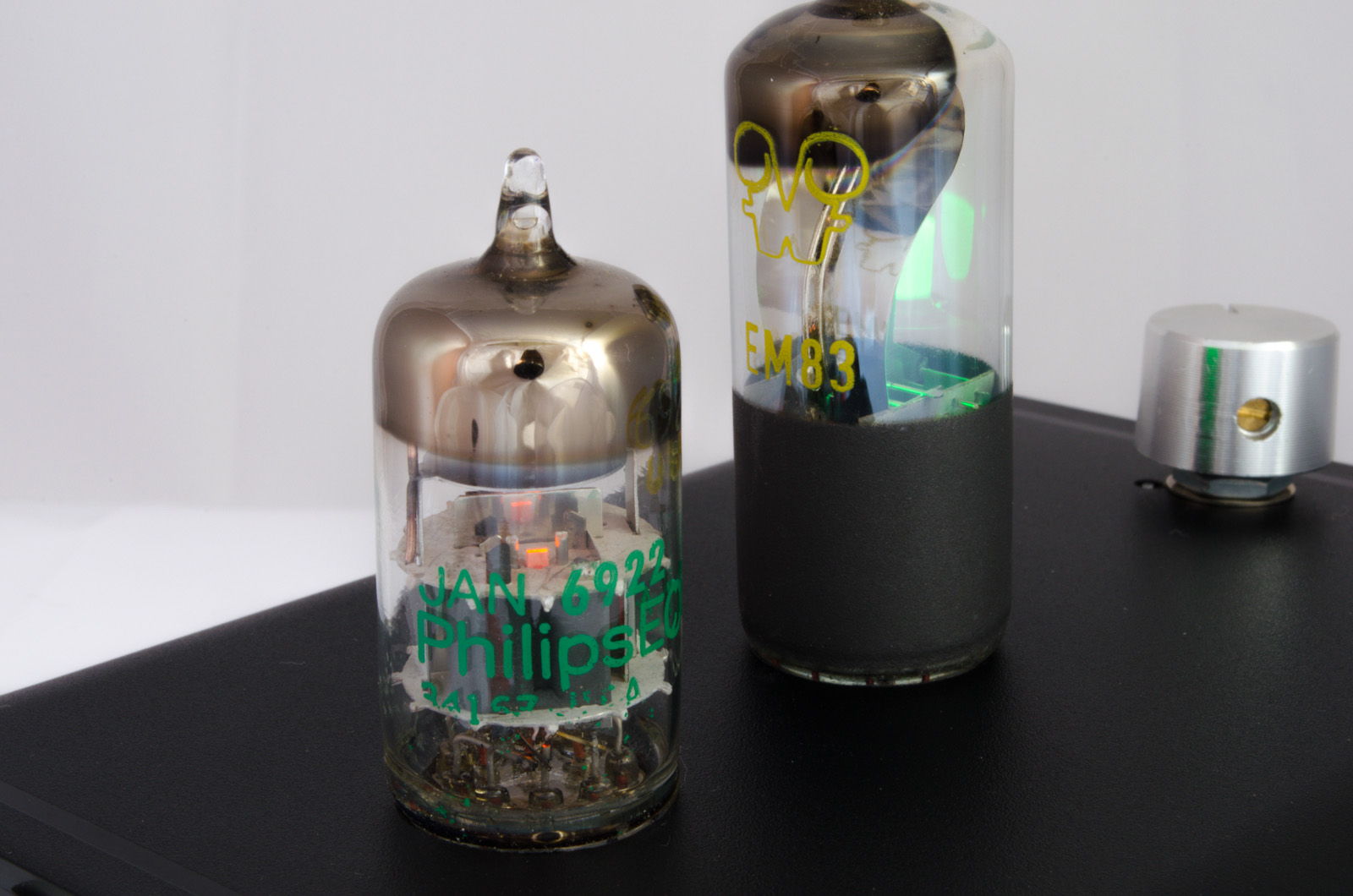 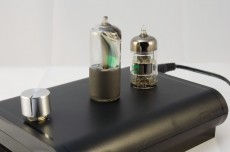 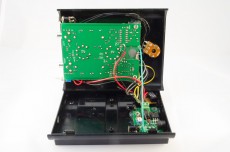 This is a stereo VU meter using a EM83 display tube, also known as a magic eye tube. A stereo audio input is connected to the RCA connectors at the rear and the audio signal is displayed on the tube. The louder the level, the higher the green phosphor is illuminated. Two orange LED’s under the tubes are used to indicate when peak levels are hit. The potentiometer is used to adjust the input level.

I had this hammond case floating around and thought it would work well with the meter. As you can see, space was a bit tight, i had to change the orientation of some capacitors and an inductor on the HV power supply from vertical to horizontal mounting to keep the height down. The 6.3V for the heaters in the tubes is generated by a KIS-3R33S stepdown module (that you can pick for a couple of bucks) which fitted perfectly in a small square space, which was originally left for mounting the PCB in another shaped case. There is also a +12 -12V power module for the opamp.