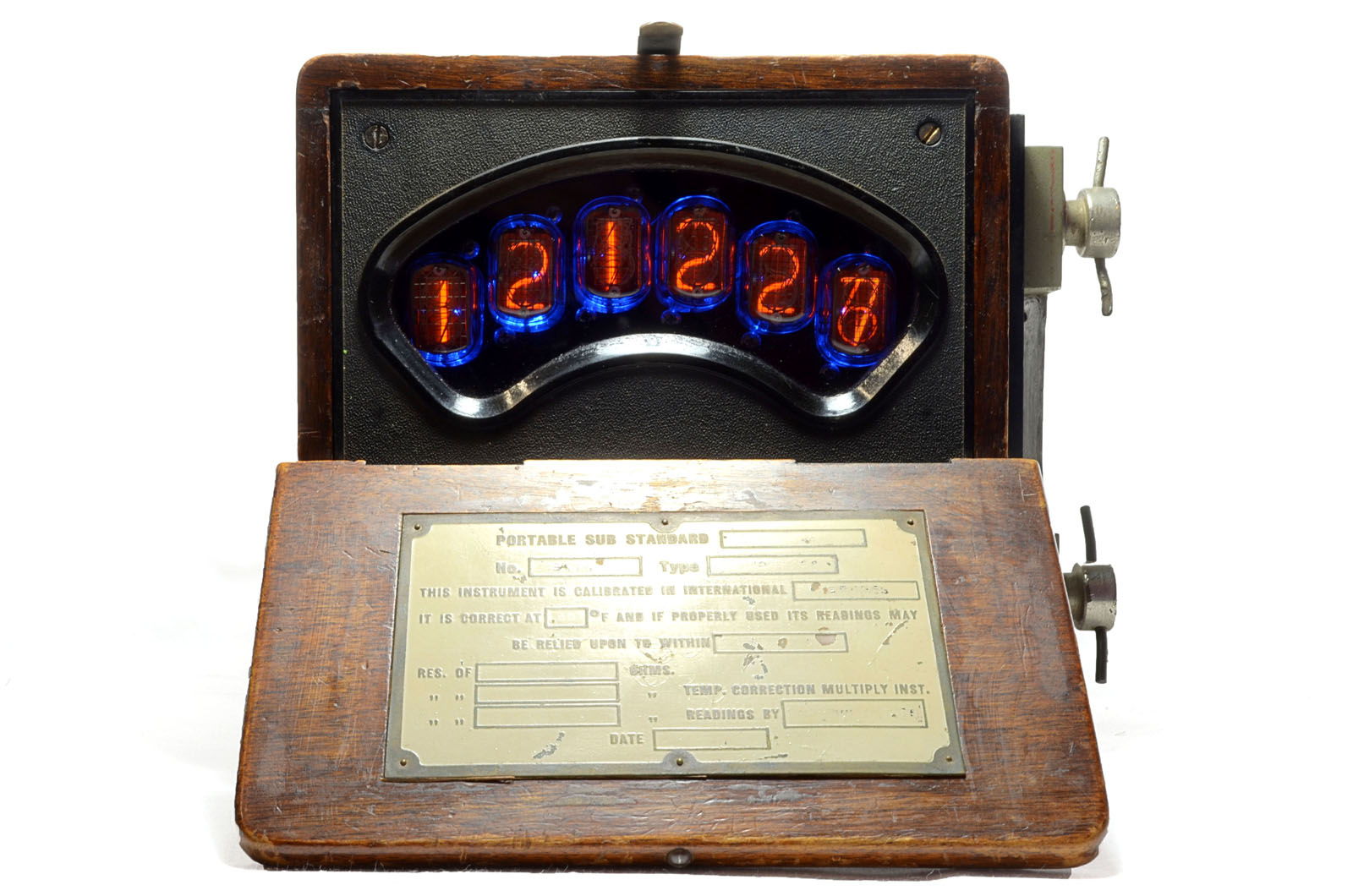 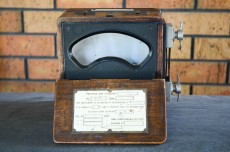 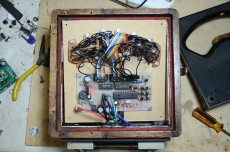 Inside the D.A.P. nixie clock 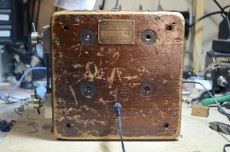 Back of the D.A.P. nixie clock

This meter was originally used by The Department of Aircraft Production (DAP) at its Beaufort Division in the early 1940’s. They used to make Beaufort planes for the RAAF which were based on the Bristol Beaufort from the UK. You can read more about DAP Beaufort at the Australia War Memorial page.

Picked up this meter from Camberwell market, interesting thing with this one, all of its guts had already been removed, the shell of the case is all that remained! It still had its massive current shunt attached to the side, this meter used to be able to measure up to 100A!

I started by printing out a tube socket layout for the 6 x IN-12 nixie tubes and sticking that on a piece of 3mm MDF, which was cut to fit into the case. I cut out the socket holes and painted the MDF black, so you wouldn’t really see it when looking into the meter.

I then wired up the sockets and connected it all to the clock circuit board I had made in 2009! For the switches, I glued in a couple of tactile switches in the back of the case and also glued in the Light Dependant Resistor (LDR) which is used to detect the amount of ambient light and either dim and or turn off the display depending on how much light is in the room.