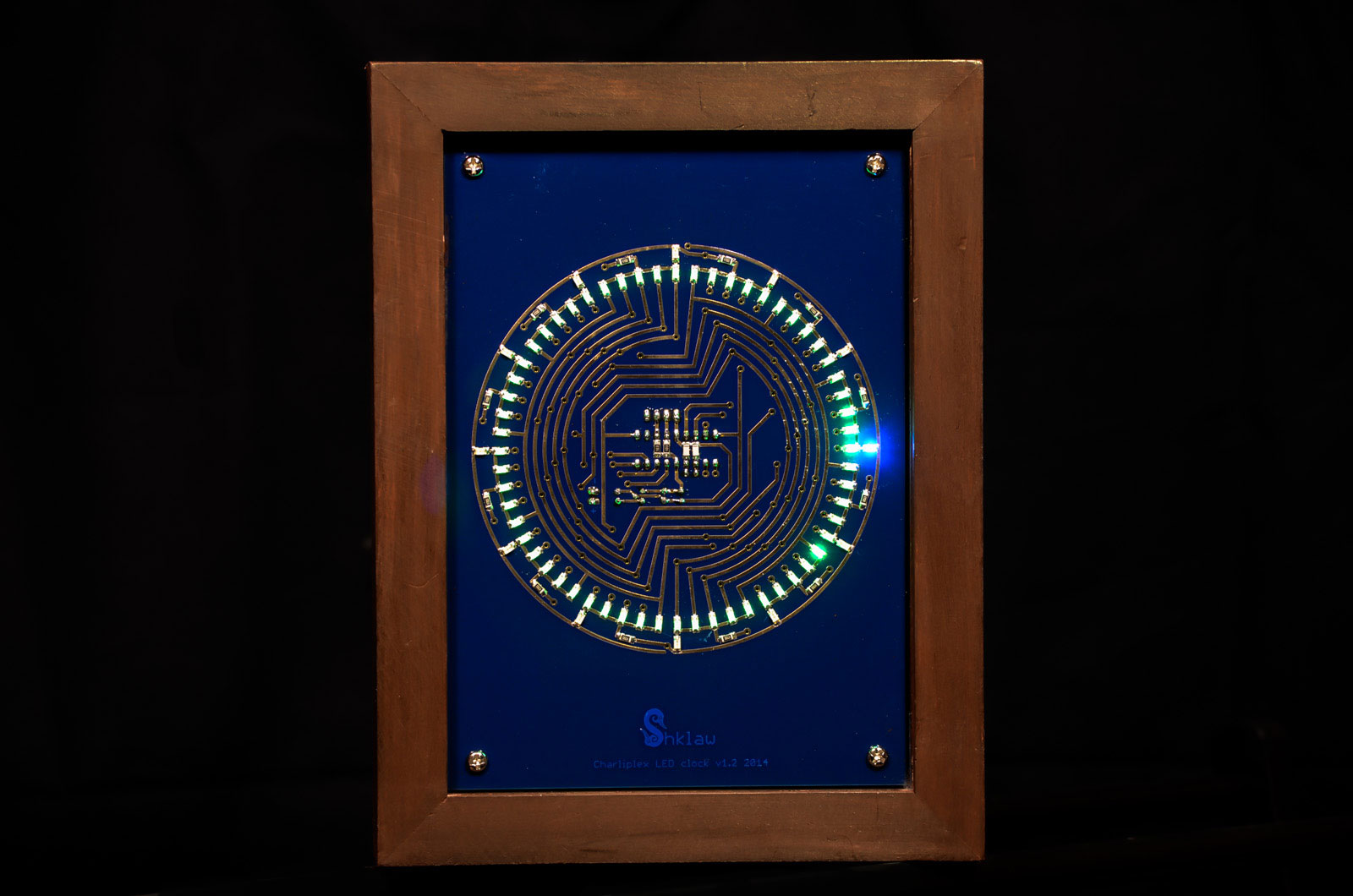 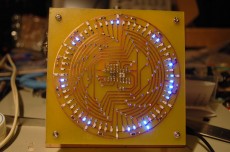 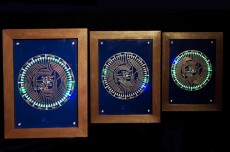 A trio of charlieplexed clocks 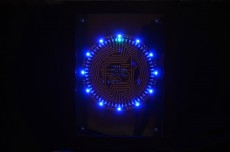 Charlie what? i hear you ask! Charlieplexing is a way of controlling many LED’s with only using a small amount of pins from the microprocessor.

I came across this clock design by John Smout @ www.clock-it.net and i thought it looked pretty awesome! Bought some pre-programmed microprocessors from John, designed a PCB layout, using John’s layout as a blueprint, etched a PCB at home and soldered by hand 72 1206 LED’s!

Knowing the PCB layout was working, i then got the PCB made up at a PCB manufacturing house in China and also got a SMT stencil made to make life easier applying solder paste to the pads of 76 1206 SMD components! For these PCB’s, i chose to use a blue solder mask and Electroless Nickel Immersion Gold (ENIG) as the surface finish for the PCB tracks. I thought this would show off the tracks nicely.