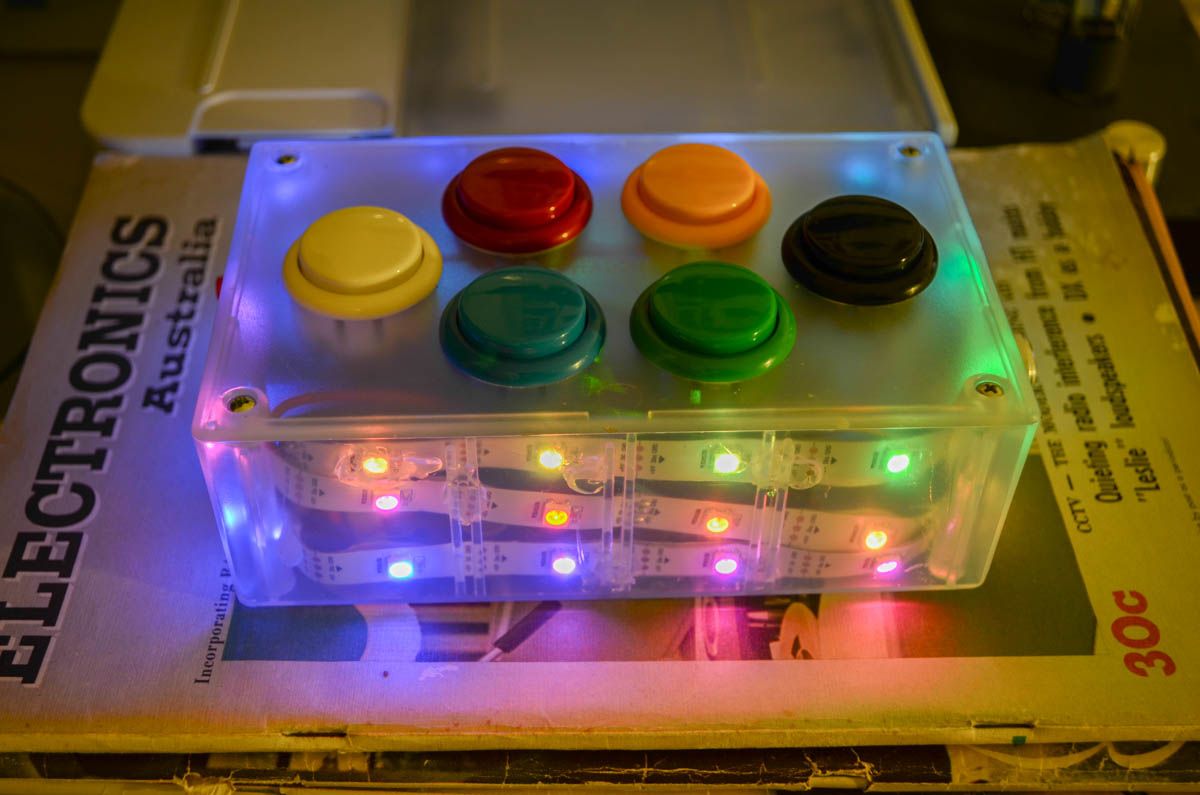 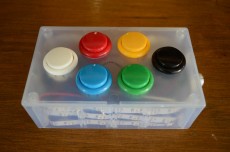 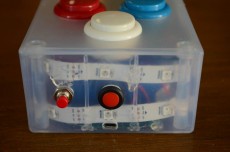 Inside the blinky box

Here is a Blinky Box made for my 17 month old son. It a modified version of Miria Grunick’s awesome work.

With this version, I used a WS2812B LED strip (which has 30 LED’s) driven by Adafruit’s Neopixel library. I had to use the PinChangeInt library to enable pin change interrupts on the Arduino’s signal pins. I am using an Arduino Nano which plugs into a bit of perf board which has the connections to the buttons, rotary encoder and power supply all on it.

The power bank and LED strip are messily hot glued in place, the glue keeps them in place, but can also be removed if things need to be changed.

Arduino code can be downloaded here.

Update: A fellow electronics user tried to compile the code with the newer Arduino software (1.6.x) and found it came up with errors and does not compile. I had a look back and when I complied the code, I was using the 1.0.x versions. So to compile the code you will need to use the older 1.0.x version of the Arduino software. Thanks Colin for bringing it to my attention. You can see Colin’s version at http://www.instructables.com/id/Blinkybox/

Many thanks to Miria Grunick for the design and code:
http://blog.grunick.com/blinky-box/

Thanks to Doug for brightness of the rainbow colours and the disco variation!
http://blog.grunick.com/blinky-box/#comment-18