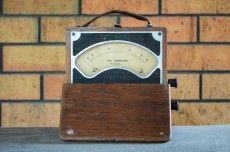 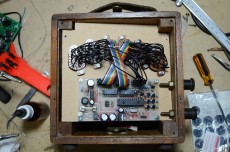 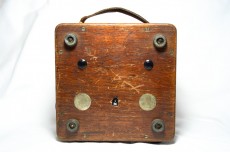 After finishing the DAP nixie clock, I started to look at other cases I had laying around and found one that was very similar to the DAP case. So I pretty much followed the same steps as the last nixie clock I built. I started by printing out a tube socket layout for the 6 x IN-12 nixie tubes and sticking that on a piece of 3mm MDF, which was cut to fit into the case. I cut out the socket holes and painted the MDF black, so you wouldn’t really see it when looking into the meter.