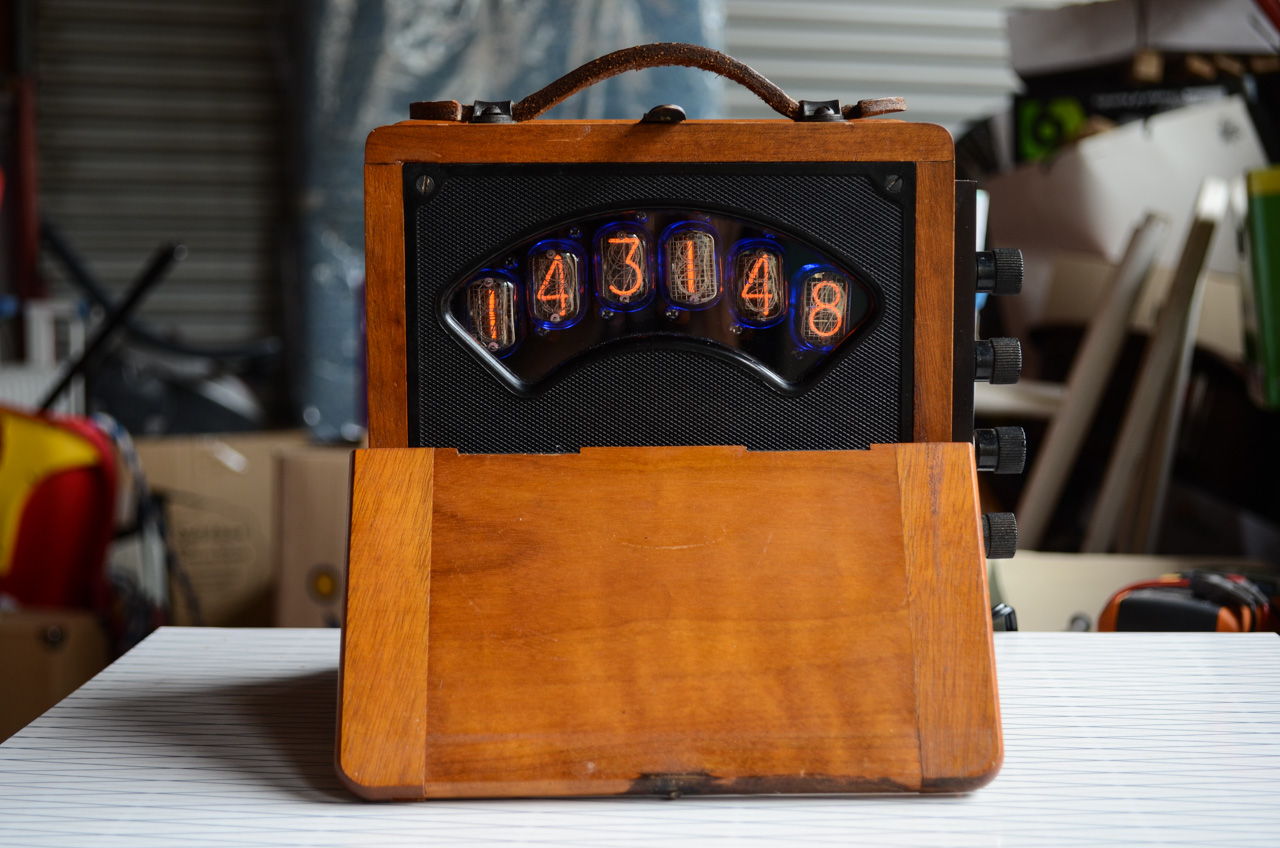 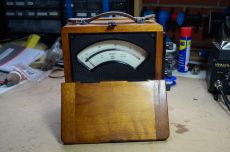 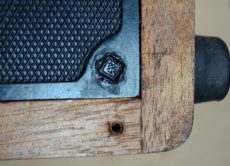 Seal/stamp over a screw to show if the meter had been opened! 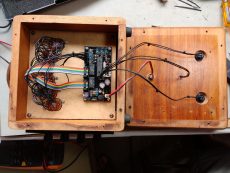 Wiring and mounting of the electronics

I was contacted by a client asking if I could make a nixie clock in a voltmeter case they had. Depending on the size of the case and the opening of the meter window, these two factors determines whether I would build a four or six digit nixie clock. This one just fitted in six IN-12 nixie tubes, there was not much room left, so I decided to leave out the colon tubes.

A similar process was used to other nixie clocks of this shape/style, I started by printing out a tube socket layout for the six IN-12 nixie tubes and sticking that on a piece of 3mm MDF, which was cut to fit into the case. I cut out the socket holes and sprayed the MDF black, so you wouldn’t really see it when looking into the meter. I cut four “posts”, glued them into the case and the 3mm MDF screws to them to hold the nixie tubes the right distance from the glass front.

I wired up the sockets, LED’s and connected it all to the clock circuit board. I used the old meter mounting holes for the DC socket and the LDR, had to put two new holes in for the buttons.

An interesting thing with this case was some seals/stamps that were used to cover several screws. They were stamped with the AW logo and was made from a hardened wax material.

The case for this clock is in really good condition, hardly a scratch on it! It was lovely to work with.